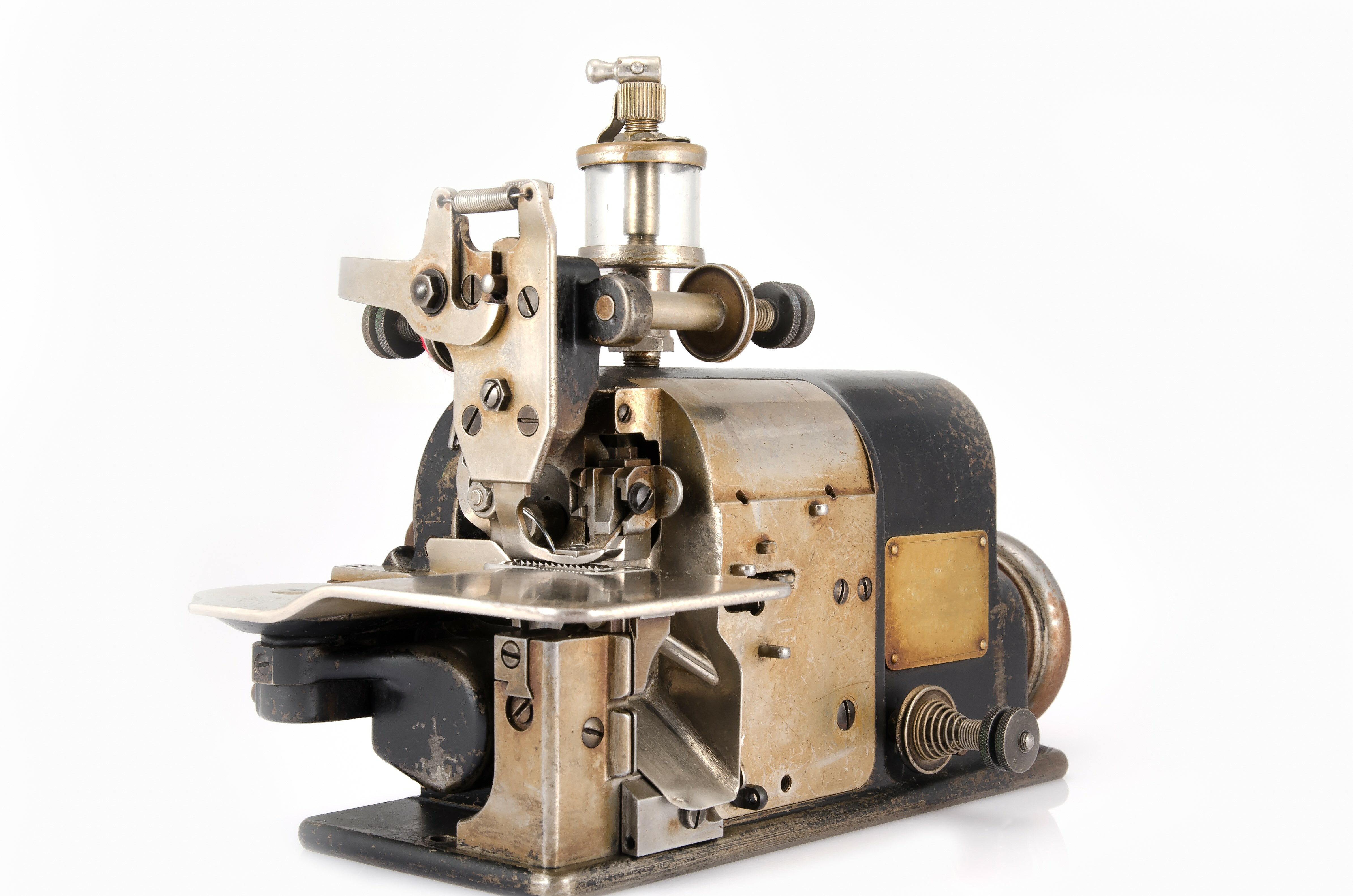 It occurs to me we haven’t talked about borders for a while. And we should. They’re important these days.

What? No, not THAT one. We’re not getting into a discussion of walls. No, I’m talking about the border that matters to your custom patches.

When you’re ordering patches, you have a choice of two border styles – merrowed or hot-cut. Each has its pros and cons, depending on your patch style and what you want your design to look like.

Let’s start with the merrowed style. It’s the standard style on most patches we sell.

I know, I hear you asking, what the heck is a “merrow” anyway?

Don’t worry, I’m here to answer that question. The word comes from the Merrow® sewing machine that was the first machine to create the overlock stitch that creates the raised border all the way around your patch. And the way it came about is a real blast – literally.

We start in the 1800s, when Joseph Merrow established a gunpowder mill 24 miles out of Hartford, Connecticut. When the mill was destroyed by an explosion in 1837, Merrow decided to change professions and build a textile mill instead.

That mill proved successful, and its success led to the creation of a small machine shop on site. That’s where Joseph M. Merrow created the precursor of the overlock machine.

In 1887, a fire destroyed the knitting mill. Merrow and company relocated to Hartford. Perhaps sensing a theme – don’t deal with flammable or explosive materials – the company switched to the manufacture of sewing machines exclusively. And the rest is history.

The Merrow machines became an industry standard in the textile world. The raised edge overlock stitch the machines produce gives your patches separation from the garment they’re attached to, and a 3-D appearance. It’s perfect for standard round, rectangular or square patches.

Custom patch shapes require a different approach. That’s where the hot-cut style comes in. A hot-cut edge, typically created with a laser cutting machine, seals the edge of the patch. It gives your patch a sharp, crisp look. It’s applicable to literally any shape patch. It does give less of a sense of separation from the material it’s attached to, creating a thinner, flatter look.

So there you have it. Your choice of border styles. It’s all good.

By the way, the Merrow Sewing Machine Company is still in business, now based in Massachusetts, nearly 200 years after Joseph Merrow established that gunpowder mill. And it’s still family-owned.