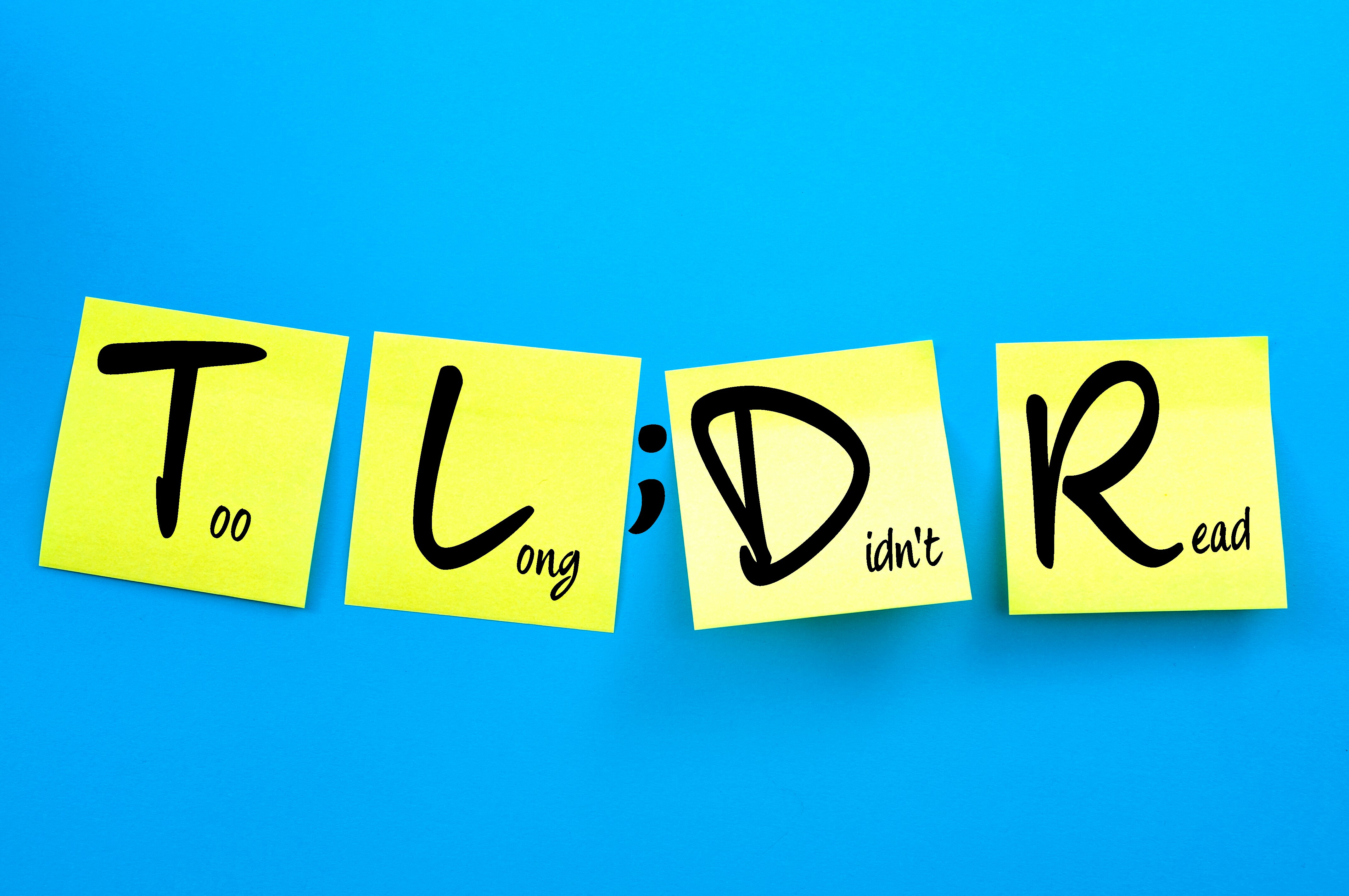 Custom Patches Are the Answer to TL;DR

Do you remember the last time you read a newspaper? Front page to last, the whole thing? Of course, maybe I should be asking if you remember what a newspaper is – but I digress.

It’s a simple fact of life that the world has gotten faster in recent decades. The vast majority of us now receive most of our information from a screen, not a newspaper.

Gotta go. Gotta move. Gotta get the latest Tweet, Facebook post, Instagram. And with that frenzy comes shorter attention spans. No time for old-fashioned long form reading. Nope, Can’t do it. We want the info NOW. We consume information in hors d’oeuvres, not full-course meals.

One Acronym To Rule Them All

The natural (?) result of that is the rise of the dreaded acronym. Well, dreaded if you’re a writer of anything longer than a bumper sticker, anyway. You know the one I mean:

Yes, we don’t even have the time to say it fully—“Too Long; Didn’t Read.” It’s a quick way of dismissing nuance and subtlety in favor of brute force NOW. Anything longer than a paragraph or so risks seeing the message pop up in replies. And yes, I know that includes this post. But I have faith you’ll read on to see what the old codger is going to say about it.

What are You REALLY Saying?

I say it has its place. There are some things that ramble on and don’t need to be as long as they are. I understand the desire to move on. But consider this. When you say TL;DR, you’re not really saying “too LONG.”  You’re saying “too BORING.”

You’re saying you don’t have the time or energy to read a long-winded ramble that doesn’t get to the point promptly. But TL sounds a bit more polite than TB. So that’s what you go with. And in the end, that's what custom patches are all about.

A wise soul once said brevity is the soul of wit. Custom patches are the epitome of that.

Limited space means you can only say so much on a patch. There are only so many words you can fit, especially if there’s an image too. So you say what you need in a snappy way.

Biker patches are the perfect example. A simple 1% patch in a diamond is a warning. A DILLIGAF patch sums up an attitude in just eight letters. For the uninitiated, it’s an acronym for “Do I Look Like I Give a (Flock)?” Well, something similar to (Flock), anyway.

There are plenty of other examples of custom patches that say exactly what they need to and nothing more.

But perhaps the ultimate patch will simply have four letters and a semicolon: