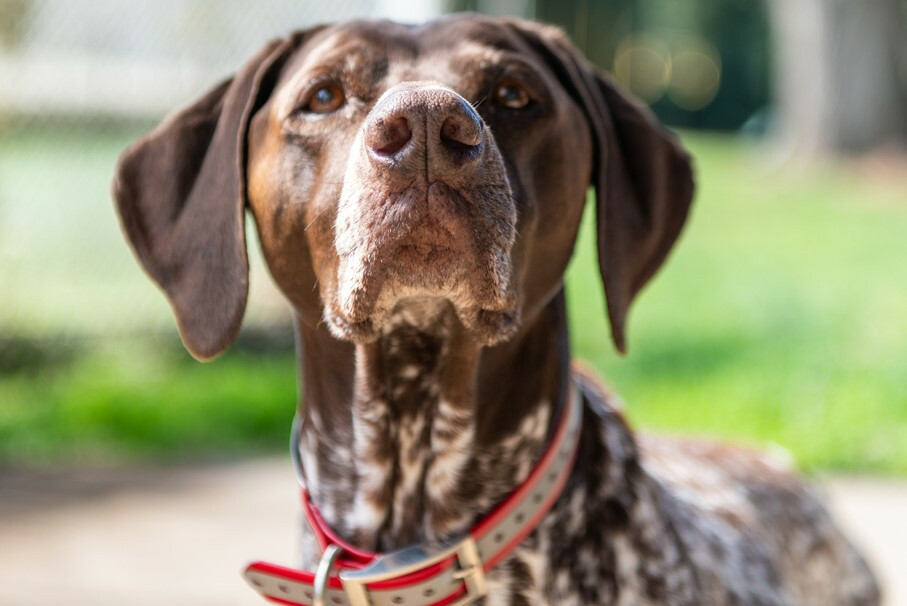 Got Morale Patches? Thank a Dog

Lots of the rest of us have dogs at home, ranging from the small (Chihuahuas, who KNOW they’re really big) to the not-so-small (German Shepherds, who laugh at the Chihuahuas.) Big, small or in-between, they all enrich our lives.

Dogs have been doing that for thousands of years. They protect us, they keep us warm (see Three Dog Night*), and of course, they provide great companionship. And sometimes, they help inspire inventions that change society.

Take Velcro®, for example. The classic hook-and-loop fastener seems like something that’s been around forever. Chances are good that you might have a few morale patches attached to a jacket, vest, shirt or hat with Velcro.

And you have a dog to thank for that. An Irish pointer named Milka, to be exact.

See, one day in 1941, Milka and his owner George de Mestral went for a walk in the woods. By the time they returned home, both Milka (a good boy) and de Mestral’s clothing were covered in burrs.

Curious as to what made the burrs so sticky, de Mestral examined them under a microscope. He discovered that the burrs had microscopic hooks on them that was perfectly suited to catch loops of Milka’s fur or some fabrics.

Intrigued, de Mestral sought to create a practical application for the concept. It took him more than a decade to find a way to mechanize the production of the nylon hook and loop material, but he finally succeeded. By 1955, he had a patent for his “zipper-less zipper” system.

He named it Velcro, a portmanteau of the words “velour” and “crochet.” Once NASA started using the material in the 1960s, the rest is history.

So the next time you put a morale patch on your uniform or jacket, take a moment to say thanks to Milka. And to George.

*About Three Dog Night: the story goes that the band got its name from a magazine article that reported Aboriginal Australians slept in holes in the ground on cold nights, holding a dog. On colder nights, they slept with two dogs. (See where this is going?)

A truly frigid night was, of course, a “three dog night.”