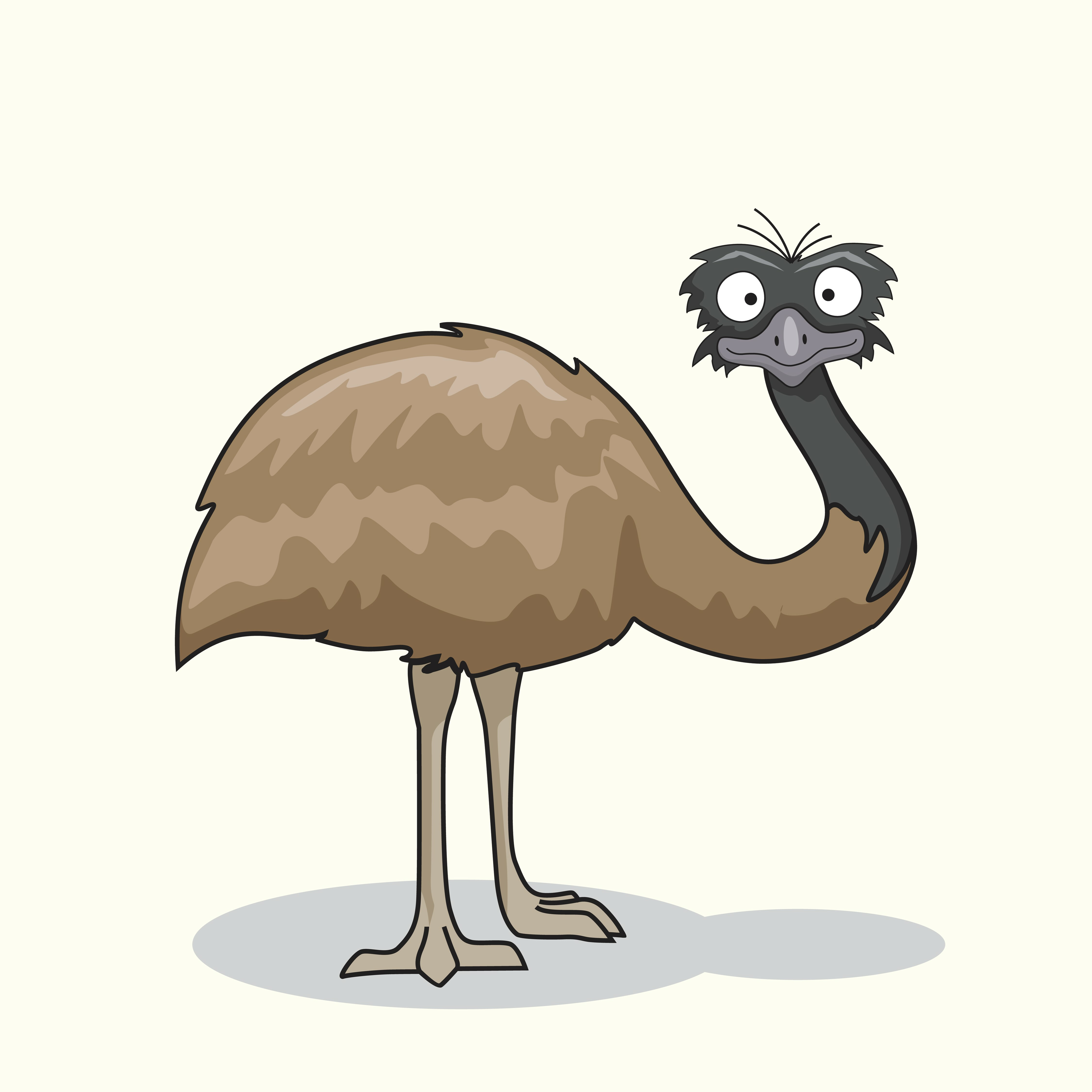 Of Emus and Eagles, and Patches Too

Y’know, there are some things in the world that just don’t make much sense. An “interstate” highway (I-4) here in Florida that runs only from Daytona Beach to Tampa. Spending almost as much for popcorn at the movies as you would for a home popcorn popper. The fact that Nickelback has fans.

Then there’s Eastern Michigan University. No, don’t misunderstand. The university, located in Ypsilanti, makes perfect sense. What I don’t get is the school’s mascot.

Let’s say you’re in charge of choosing the mascot for a state university, one whose initials are E-M-U. You’re not sure what you want it to be, but you’re leaning toward a bird. What’s the obvious choice?

Now I have nothing against eagle mascots. As someone who attended not one, but two universities that had an eagle mascot, I haven’t got talking room.

And I have nothing against EMU. I have no doubt it’s a fine university. But it just seems like a missed opportunity.

Sure, eagles are majestic birds that soar, and fierce, fearless predators. The bald eagle has been our national bird since 1782. Eagles are indeed wonderful.

But really, have you SEEN an emu? They have outstanding mascot potential.

No, they can’t fly like an eagle. But they can be up to 7 feet tall. How’s that for a basketball symbol? And they can run up to 30 miles per hour. Beat that on a football field!

Sure, eagles look intimidating. You immediately get a sense of power, strength, danger if you cross them.

An emu on the other hand, looks friendlier. It has they eyebrows of your crazy Uncle Fred. It can appear to smile, and looks pretty comical most of the time. Compared to an eagle, it’s relatively docile.

Did I mention that it can be 7 feet tall? And run 30 miles an hour?

You’re likely to rue the day you mess with it. What could be a better mascot than that?

Unfortunately, Maine, Maryland, Massachusetts, Minnesota, Mississippi, Missouri, and Montana all share the distinction of not having an Eastern (State Name) University. So Michigan is our only hope. Maybe, just maybe, we could start a campaign, complete with custom embroidered emu patches, to persuade them to change the mascot. Eagle defenders could wear their favorite bird patches in opposition to the change.

Nah. It would never fly.

If you want to order custom emu patches – or any other patches – here’s the place.