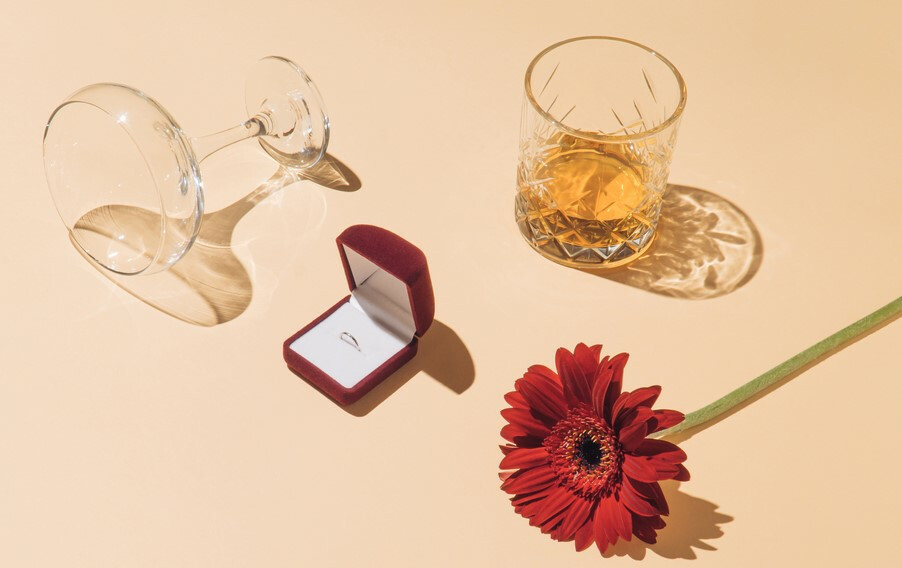 Of Wine, Spirits and Patch Design -- Mind Your Metaphors

If you’re reading this, you know that custom patches are a great way to make a statement. You can say whatever you want on a patch as long as it fits.

How your patch is received, though, is entirely up to the person viewing it, reading the words and seeing the symbols on it.

Now most of the time, we take words at face value. They mean exactly what they say. That’s logical. Stop signs mean stop. “Speed limit 65” means just that. And your DILLIGAD patch means … well, exactly what you want it to.

Things are not always that precise, though. So much depends on context. What’s crystal clear in conversation isn’t always obvious on the written page (or screen). Sarcasm, for example, really doesn’t translate to writing at all. That makes it easy to cause offense in writing when none is intended. (Ask me how I know about that.)

On the other hand, diehard literalists can miss things that are crystal clear to the rest of us.

One of the best examples I’ve ever seen came from an interview with Eagles cofounder Don Henley in 2009. The band’s legendary song “Hotel California” contains the following lyric:

“So I called up the captain/Please bring me my wine.

The hapless journalist quoted the line to Henley, then said “Wine isn’t a spirit. Wine is fermented; spirits are distilled … Do you regret that lyric?”

Come on. I first heard that song when I was 17, and even then I knew a metaphor for social decay when I heard it. That’s literalism taken to a ridiculous extreme.

Henley clearly thought so, too. He skewered the poor reporter for completely misinterpreting the lyric, adding:

“My only regret would be having to explain it in detail to you, which would defeat the purpose of using literary devices in songwriting and lower the discussion to some silly and irrelevant argument about chemical processes.”

So what does all that have to do with your custom patches? Just that it’s something to be aware of. If you want your patch to make a clear, direct statement, make sure your design is unambiguous. On the other hand, if you want a metaphor in either words or symbols (dragon, anyone?), know that some folks won’t “get it”  because they take it literally. It’s up to you.

And if you can’t see the metaphor in Henley’s lyrics, I wouldn’t recommend listening to Bob Dylan.