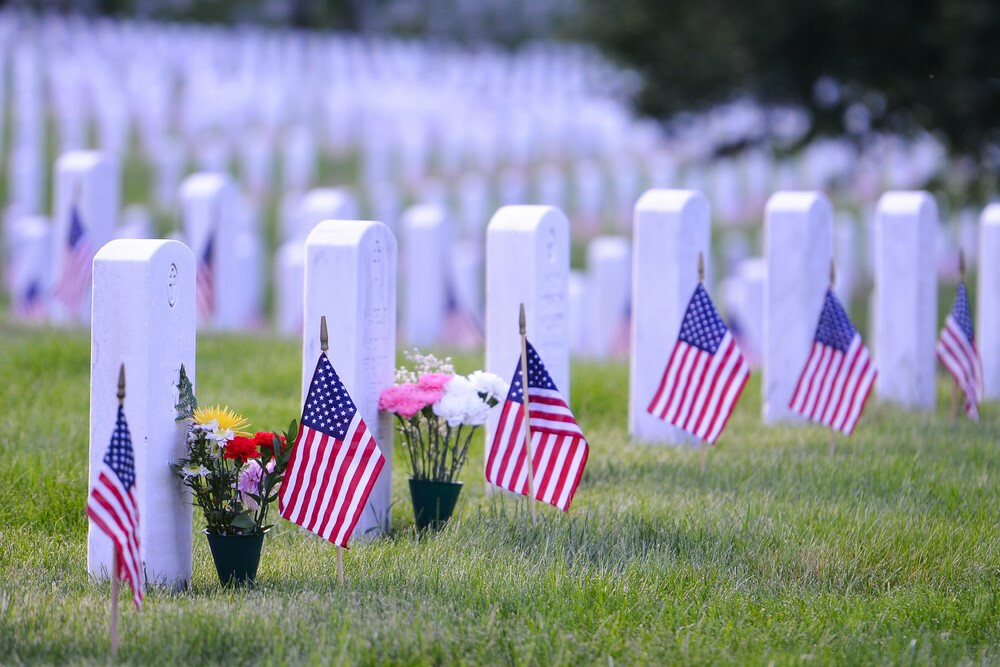 Remember the Meaning of Memorial Day

Memorial Day is an important day in American history, and in some cases is underrated today.

Yes, the Monday holiday makes it a three-day weekend for most of us. Many people consider it the unofficial start of summer. And of course, many businesses of all kinds regard it as a day to hold sales of their goods and services. It’s accompanied by a fair amount of fireworks and flag waving.

But it’s critical that we not lose the true meaning of the day. Memorial Day is a day set aside to honor all American armed forces members who have given the ultimate sacrifice for their nation. We must remember their lives, and let their loved ones and friends know that sacrifice has not been forgotten.

In times of peace, it’s easy to overlook the dangers of military service. Those who serve enlist with full knowledge that defending their nation could cost them their lives. Yet for the vast majority that doesn’t become a reality until combat requires a response.

In The Beginning: Honoring the Fallen of the Civil War

The idea of a day to honor fallen soldiers dates back to the Civil War, the deadliest  in our nation’s history. Estimates of the death toll from that war range from 620,000 to more than 850,000. The count includes all soldiers, both Union and Confederate.

Local groups gathered to pay tribute to the war dead within weeks of the end of the war in 1865. By 1868, “Decoration Day” became a national day of remembrance, held each May 30th. And by the turn of the century, several states declared it a legal holiday.

Following World War I, the day became better known as a time to honor all American war dead, not just those from the Civil War. Over the years, the tradition of commemorating the day became more common nationwide. In 1968, the Uniform Monday Holiday Act officially established Memorial Day as a holiday on the last Monday in May.

What About That "Backwards" Flag?

Flying an American flag is a patriotic tradition on Memorial Day. A similar tradition is American military members wearing a flag patch on their uniforms. Many people ask why those flag patches sometimes appear “backwards.”

They’re not really backwards. The patch worn on the right shoulder might appear that way, but it’s really a question of respecting the flag. The blue field of white stars must always be in the highest position of honor when worn as part of a military uniform.

That position is always in the direction of forward movement, as it would be if the flag were being carried into battle. With a carried flag, the field of stars leads forward and the stripes stream behind. That’s how the flag is worn on the shoulder, whether left or right.

What about the color of the flag? Some flag patches are olive drab, not red, white and blue. What’s up with that?

Simple. The bright colors effectively negate camouflage in the field. That’s why the “subdued” flag patch is permitted for field wear.

The best way to honor those who sacrifice all so that the rest of us can be free is to recognize and remember them. Take a moment this Memorial Day among the picnics, parades and mattress sales to pause and say a word of thanks to those who must never be forgotten.