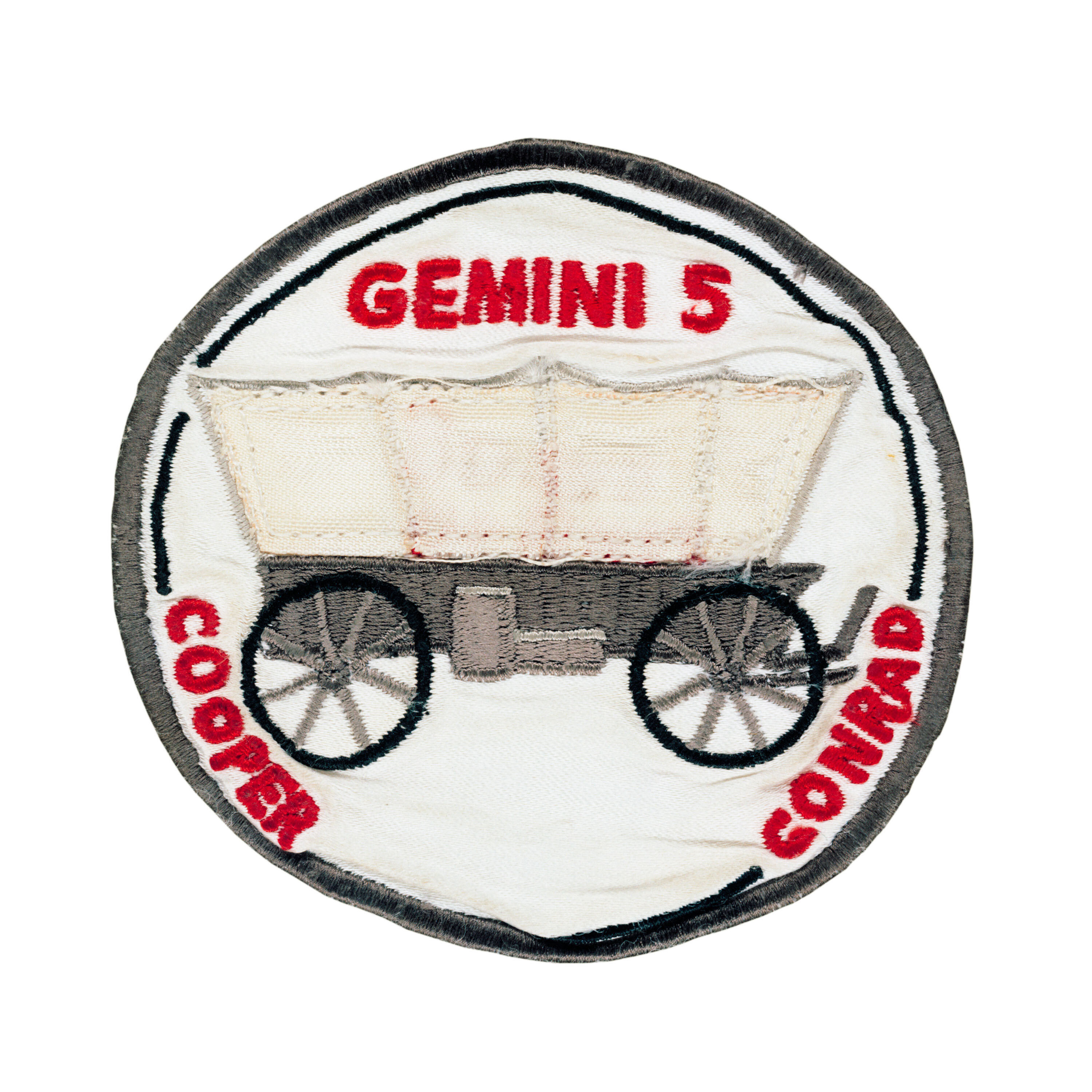 Space Mission Patches are Out of This World

You know custom patches go anywhere, from the biker bar to the boardroom. Pretty much anywhere in the world you can imagine, you’ll find embroidered patches.

But did you know you can find them out of the world too?

NASA astronauts have a long history of designing their own custom patches to reflect the nature of their missions and the members of the crew. It’s a cherished part of space lore.

But how did mission patches begin? The answer dates back to the earliest days of space flight.

Russian cosmonaut Valentina Tereshkova, the first woman in space, was the first to wear an embroidered patch. However, it was on an inner thermal suit, not on the outside of her bright orange outer suit, so few saw it at the time.

Astronaut Gordon Cooper designed the first American mission patch for his Gemini 5 mission with Pete Conrad in 1965. The patch featured a covered wagon with the mission name above and the astronauts’ names on either side. The original design also included the slogan “8 Days or Bust,” referring to the anticipated length of the mission. NASA officials vetoed that phrase and it was removed from the official design.

Originally simple embroidered cloth designs, NASA’s patches were revised after the catastrophic Apollo 1 launch pad fire of 1967. The fire that took the lives of astronauts Virgil “Gus” Grissom, Ed White and Roger Chaffee resulted in many changes to spacecraft, unforms and procedures. All patches must now be made from a special fireproof cloth known as Beta cloth. Still, the tradition of mission patches continued.

Mission patches typically follow Cooper’s template, featuring the name of the mission and the crew members’ names. The crew designs the patch logo, which reflects the purposes of their mission. Of course, NASA officials must approve each design.

Custom space mission patches are quite collectible. Their rarity and links to space exploration make them popular among young and old alike. With the limited number of actual flown patches available, reproductions have become quite popular.

Space travel is an extraordinary human accomplishment. Custom mission patches are the perfect way to celebrate and honor the achievements of all who have participated.