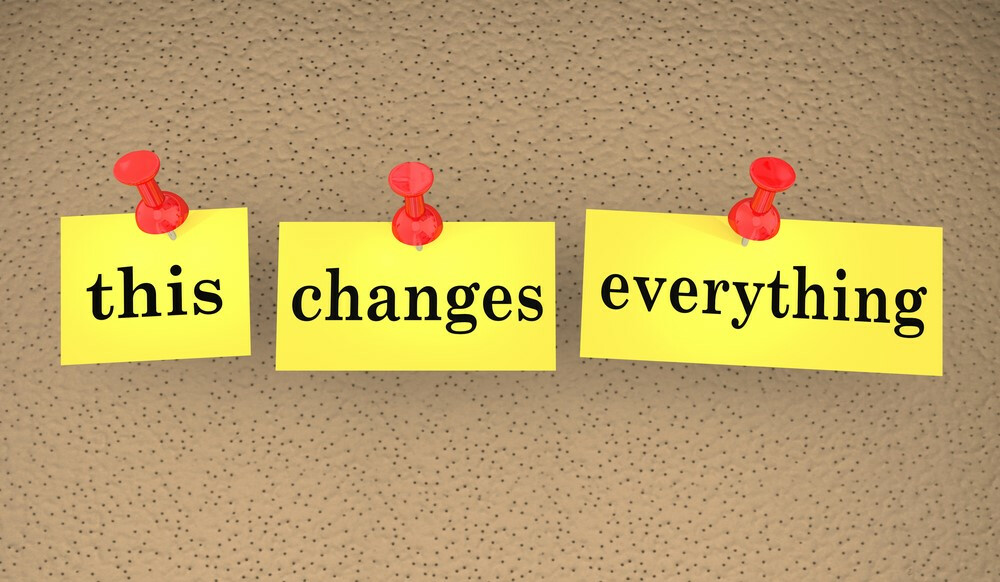 "This Changes Everything!": The Impact of Great Ideas

Have you ever considered the way change happen? Sometimes, it happens slowy. Some things evolve. Here’s the new model, not much changed from last year’s, but with some nice new features.

Then again, other things seem to come out of nowhere and make you say “Wow! This changes everything!”

History abounds with examples. Henry Ford’s Model T was revolutionary at its introduction in 1908. Mass-produced and affordable, it changed everything about transportation and put a nation on wheels.

Or consider the MP3 player. The machines first came on the market in the mid-1990s. They were clunky and hard to use. Few people really cared about them.

Then in 2001, Apple introduced the iPod. Boom, everything changed. Sales exploded, and the software-based music format pretty much killed the compact disc, the cassette and most of the vinyl market. (Although vinyl stubbornly refuses to die, even in 2022.)

A couple of decades earlier, it was IBM’s turn. Before the late 1970s, computer power was pretty much tied up in expensive, building-sized mainframes and room-sized “minicomputers.” Sure, there were some small machines available, including a 29-pound “portable,” but they were expensive and their capabilities were relatively limited.

A Few Things that Changed Everything

In 1981, IBM, the global leader at the time in mainframe machines, introduced the IBM PC. Its operating system, MS-DOS, created by Microsoft, changed everything, to the point that today’s industry is dominated by PC-type machines.

There are countless other examples – the IBM Selectric typewriter, Edison’s electric light bulb, and Dyson’s bagless vacuum cleaner to name just a few.

So what do all these products have in common? A relentless focus on research for one thing. Knowing what already exists and setting out to improve it is crucial to innovation.

Another factor is solving a problem. The Selectric for example, eliminated the problem of jammed keys on a regular typewriter. That enabled accomplished typists to accomplish more in less time. The IBM PC standardized the personal computer, opening the door to competition, and making it affordable.

(A side note here about Apple – Yes, the company makes some phenomenal computers. But for sheer market dominance, they’re still a distant second to PC-compatible machines.)

And of course, there’s Amazon. From an online bookseller, it’s now one of the largest retailers in the world. The idea of selling books online changed everything.

A Few People Who Changed Everything

People too, change everything. When Elvis Presley appeared on television, young people sat up and took notice. A few years later, the Beatles appeared on the Ed Sullivan show and everything changed once again.

The question is, what are you doing to change everything? Is your business looking for a better way to do things? A way to do things that have never been done before? Are you as an individual looking at things from the perspective of what’s not here that should be?

Y’know, words can change everything too. Consider the Magna Carta, the Declaration of Independence. Martin Luther King Jr.’s “I have a dream.” Or the first time your spouse or significant other whispered “I love you” in your ear.

Words have power. Even the few words on a patch can be life-changing to the right person. Don’t be afraid to change everything.